Wuhan Vulcan Mountain Hospital officially started to treat patients on February 3, but the stock of sewage treatment chemicals is limited and urgently needs to be replenished. On the morning of February 6th, 6.5 tons of sewage treatment chemicals donated by Henan Love Company and transported by Changtong Logistics for free were sent from Zhengzhou to Wuhan Vulcan Mountain Hospital. 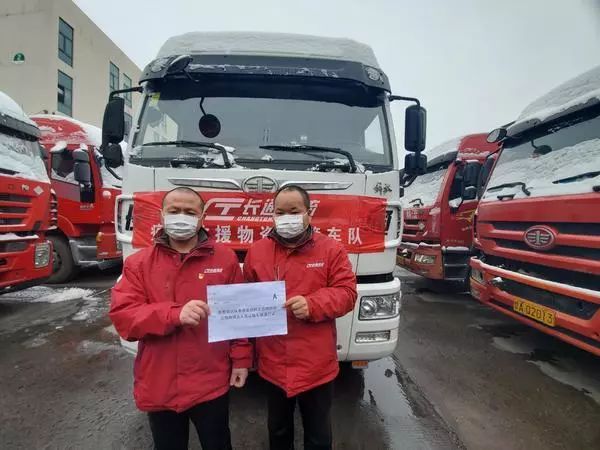 At the delivery site, the staff of the Henan Provincial Department of Transportation issued an emergency transport pass A to the Changtong logistics transportation vehicles on the spot, which "can not be stopped, inspected or charged, and has priority and convenient passage." It is understood that the sewage treatment chemicals sent to Wuhan Vulcan Mountain Hospital this time are PAC and cationic PAM, a total of 6.5 tons, which can be used by Vulcan Mountain Hospital for two months. The donor is Henan Junange Environmental Technology Co., Ltd.

As the transportation enterprise of this sewage treatment agent, Yang Zhiping, chairman of Changtong Logistics, said that after receiving the transportation notice from Henan Provincial Epidemic Prevention and Control Headquarters, the division actively arranged to transport vehicles to ensure the safe and smooth delivery of the goods to Wuhan. . In addition, in recent days, Changtong Logistics has been carrying out emergency medicine distribution tasks for Sinopharm Holdings daily.

It is understood that, as a province with a large population, epidemic prevention supplies and medical personnel are also facing tremendous pressure, but the Henan Provincial Party Committee and Provincial Government resolutely implement the decision-making and deployment of the Party Central Committee, adhere to the national game of chess, resolutely obey unified dispatch, unified coordination, and treat resources And protection resources are concentrated on the front line of fighting the epidemic, giving priority to meeting the needs of frontline medical staff and treating patients.