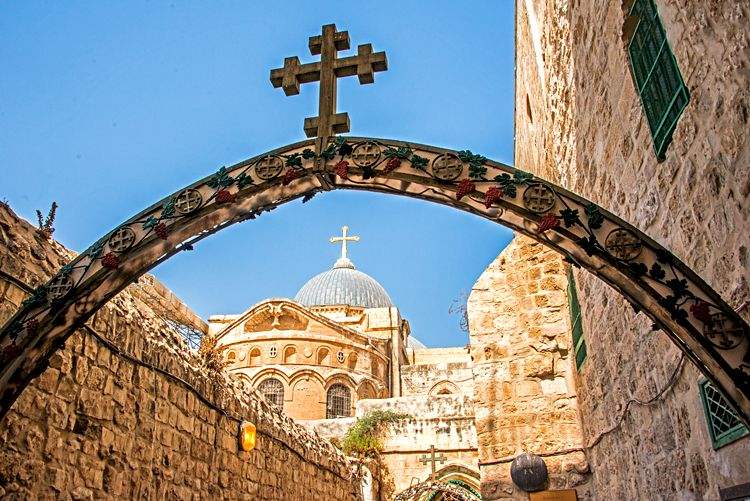 Sewage issues in the area surrounding the Kidron Valley in Jerusalem are uniting Jewish and Muslim residents.

Jerusalem’s problems usually revolve around religion and politics, but now, there are concerns surrounding its sewage system infrastructure. About 150,000 homes in Jerusalem, the majority in east Jerusalem, are not connected to a proper sewage system. The raw sewage from Arab neighborhoods in this area, as well as Jewish neighborhoods near Safra Square and the Old City, is dumped into the Kidron Creek channel, which connects to the Kidron Valley.

Due to its hilly topography, Jerusalem’s sewage infrastructure is divided into eastern and western watersheds. The western watershed has two main streams, the Soreq and the Refaim, which flow to the Mediterranean Sea. The water from the western portion of Jerusalem is perfectly treated,” says Dr. Amir Erez, Director of Water and Streams Division at the Israel Ministry of Environmental Protection. This is due to renovated tunnels that bring water from the Refaim watershed to the Soreq waste water treatment plant, which currently treats 100,000 - 110,000 cubic meters per day. There are also plans to increase the capacity of this plant, which will further improve water treatment quality.

The eastern watershed is a bit more complicated. The streams that flow into this watershed are the Og in the northeast, and the Kidron in the southeast. Both flow to the Dead Sea and Jordan Valley region. The Og treatment plant has a treatment capacity of 25,000 cubic meters per day while the Kidron region does not have infrastructure in place to treat sewage.

On average, 30% of the West Bank’s population is connected to a sewage network. Connection to a sewage system varies by household income, with 13% of the poorest and 42% of the wealthiest residents connected to a sewer system. Of the 70% not connected to the sewage system, two thirds use cesspits. The contents of the cesspits are usually dumped in open areas such as the Kidron Valley, which inevitably leads to environmental problems like groundwater contamination as well as many health risks. In addition, sewage from the Darga River – located in the West Bank south of the Kidron – gets diverted to the Kidron Valley, thus leaving the Darga pollution free while only adding to the pollution of the Kidron.

The Kidron Valley is geographically and politically unique. The area is extremely steep, starting at an elevation of about 800 meters above sea level in Jerusalem, and continues until it reaches a depth of 433 meters below sea level at the Dead Sea. The stream located in the valley only appears during the winter, when rainfall causes the area to flood. Otherwise, there is just a flow of sewage due to a lack of infrastructure to treat it.

This project comes at a critical time, since 28,000 cubic meters (280 million liters) of raw sewage is dumped into this region per day. Since the Kidron starts in Jerusalem and flows through all three zones in the West Bank (A, B, and C), sewage comes from all of these areas, with 85% originating from Jerusalem neighborhoods including East Talpiot, and the other 15% coming from Palestinian controlled areas such as Bethlehem and Beit Sahur.

Even though the Ministry of Environmental Protection only has jurisdiction over the sewage from Israel and Zone C, the sewage has no borders. This makes technological and engineering solutions very hard in the Kidron because of the different laws and attitudes,” says Shony Goldberger, Director of the Jerusalem District at the Israel Ministry of Environmental Protection.

Now, Israeli and Palestinian officials are putting their differences aside in order to solve the sewage problem occurring in the Kidron Valley.

As a first step, sewage from the Kidron basin will be collected within Jerusalem city limits and screened at a new processing facility. We will take out large waste and pollution such as tires and rocks,” says Goldberger. From there, about 300 meters of piping will be built by the Gihon from Jerusalem into Zone C. The Gihon is the sewage water company that is responsible for building, operating, and maintaining water, sewage, and the drainage system in the municipality of Jerusalem.

From here, the Palestinian Authority will take over by building an additional 8 kilometers of piping in Zone B until it reaches Zone C, where again, Israel will finish the piping needed to connect it to the Og treatment plant in the north. A new addition to the Og treatment plant will be built in order to accommodate the increase in sewage from the newly connected Kidron, as well as the population increase in the areas that encompass the eastern Jerusalem watershed.

The Ministry of Environmental Protection is working with the Coordinator of Government Activities in the Territories – which is in charge of all connections between Israeli and Palestinian officials – in order to gain a wide perspective on the project. The ministry is always trying to work with different ministries, including the Palestinian Authority to solve problems. However, this work can stop because of political problems.” We try to work around this by making the issues more scientific than political,” says Goldberger. For example, work is not being done in Zone A, because of the engineering obstacles, not because of political reasons. It is easier to build in Zone B; this area is less steep.”

The plans for the project are transparent and involve engineers from both the Gihon and those chosen by the PA. Both parties are working accordingly in their own territory. This project has been planned for about two years, however, the completion date for the project is still unknown. This is a big project that will cost a lot of money, but we are looking into an American technology that could be implemented to build it faster and cheaper in a timespan of two years or less instead of four,” Goldberger said.

The Future of Sewage

In Israel’s semi-arid climate where water is a scarcity, the future of the treated sewage, or effulent, lies in agriculture. Our vision is that sewage will no longer flow in streams. We will treat sewage to the best available quality that is safe for humans and good for the environment,” Erez said. Israel already uses its effluent efficiently. Between 85% and 88% of sewage is treated, and the effluent is used in agriculture. No other country in the world gets close to that. After Israel, Spain uses between 30 and 35% of its effluent for agricultural practices,” Erez added.

It is easier to solve wastewater treatment issues without adding political problems. These problems relate to everyone, so the solution will as well,” said Goldberger. Therefore, the effluent will be used for irrigation of both Israeli and Palestinians farmlands and crops, which will help continue cooperation among both sides, he added. This comes at a time when the date palm industry is beginning to grow in areas of the West Bank and will need a water source such as treated effluent to thrive.